Uganda is a landlocked country in East Africa, bordered by Kenya, Sudan, Congo, Rwanda and Tanzania. Straddling the equator, much of her southern border is dominated by Lake Victoria. It is a tremendously lush country, dotted with lakes and rivers (the most famous being the Nile) and the West is fringed by the glacier-capped Rwenzori Mountains. Winston Churchill referred to Uganda as the “Pearl of Africa” with its vast wilderness areas and perhaps the continent’s most diverse range of Wildlife. The country offers top wildlife destinations, fantastic adventure holidays and the best bird life anywhere. Its hidden valleys and vast grass land plains were once the stamping ground of the infamous elephant hunters.

From the snow capped peaks of the Rwenzori Mountains to the awe-inspiring spectacle of Murchison Falls, and from the Impenetrable rain forest of Bwindi to the endless horizons of the central plains, Uganda’s scenic diversity and richness of the landscape compares favorably with anywhere on the African continent. Uganda is also sanctuary to such rare and unusual species of wildlife such as Uganda Kob and the Shoebill stork, together with the magnificent mountain gorilla as well as some of Africa’s largest concentrations of crocodile and hippo. The Pearl of Africa is indeed a compelling and awesome destination and Lets Go Travel are delighted to extend to you an invitation to follow in the footsteps of those early explorers like Speke, Grant and unlock the secrets of this priceless African gem.

The climate is good in Uganda all year around, daytime temperatures generally hovering between 240-280C. It cools down considerably at night, enough for a jersey, but woolens are not necessary. The rains come two times a year, in October/November (short rains) and Mid-march to end of May. Rainy season is no reason to postpone travel however, as generally it rains for an hour and the rest of the day is clear and sunny.

Visas are now necessary for most nationals. For convenience, it is recommended to obtain your visa before arrival, but if you do not have an Uganda High Commission near you, visas can be obtained on arrival for most nationals. Cost $30 per person subject to change.

Health. Yellow fever vaccinations are mandatory, and we recommend anti-malarial tablets, especially during rainy season. Most prescription drugs can be bought affordably and with ease over the counter in Kampala. Personal insurance is advised.

Airport. Currently there is one international airport at Entebbe. A number of international airlines fly directly to Entebbe, ie. British Airways, Kenya Airways, KLM, Ethiopian Airlines, S N Brussels and Emirates. Most major towns have airstrips, as do most National Parks and Game Reserves. 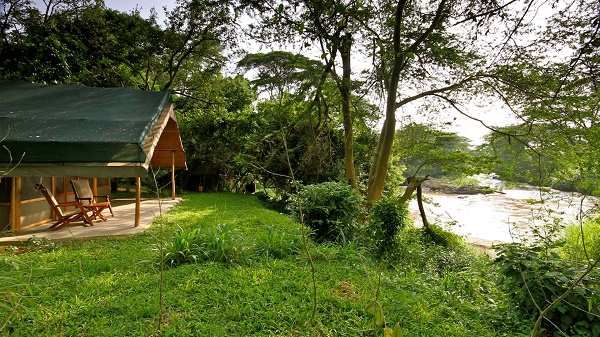 This secluded retreat is located beside the Ntungwe River and offers quality accommodation is this un-spoilt, off the beaten track area of the Queen Elizabeth National Park, famed for its tree-climbing lions.Read More
Uganda 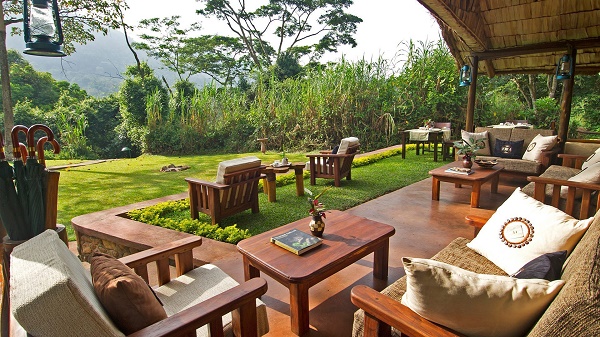 A permanent, luxury tented camp nestled in the mist-swathed rainforests of a mountainside in the heart of Bwindi Impenetrable Forest.Read More
Uganda 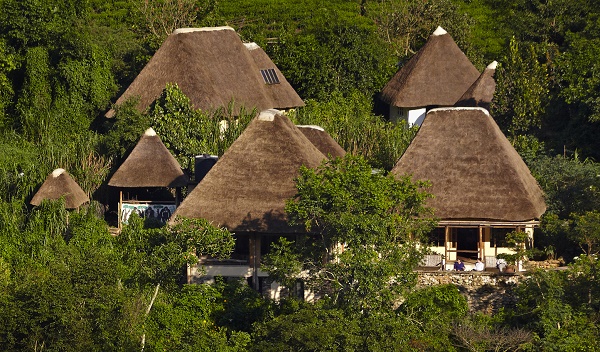 Overlooking the primeval Bwindi Impenetrable Forest, Volcanoes Bwindi Lodge is the finest luxury lodge at Bwindi. With dramatic intense views of the forest canopy across a serene stream, it is one of Africa’s unique properties. The gorillas frequently come to relax in the verdant bush around the lodge! The lodge is perfectly located for a...Read More
Uganda 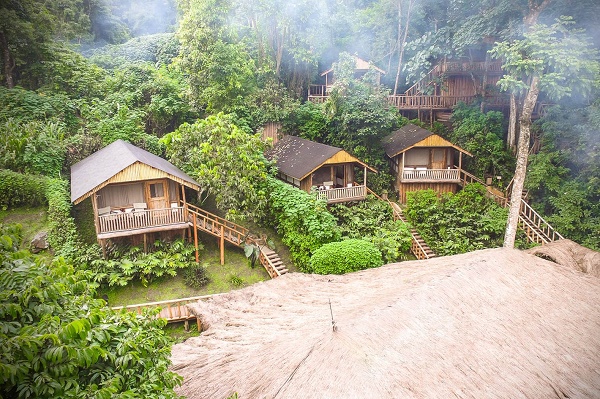 This quality, intimate and relaxing lodge offers spectacular views of the Bwindi Impenetrable Forest National. Mountain gorillas have even been seen in the Lodge garden occasionally!Read More
Uganda